How do you start a tribute act? The real start is the musical influence that everyone gets while listening to the radio, being attracted to the music and energy of live performances and following bands from an early age. So here are four guys who were inspired by the Red Hot Chili Peppers. Since the band's formation, we have been working very hard on perfecting the replication of the awesome Red Hot Chili Peppers sound and performance at our favourite rehearsal venues Glasshouse Studios in Cumnor (near Oxford) and Tad Studios in Bicester.

We originally started out as “Midnight Jungle” by combining two song titles (“Midnight” from the album “By The Way” and “Jungle Man” from “Freaky Styley”) into the band name, with Matty on vocals, Phil on guitar, Werner on bass and AJ on drums.

After two personnel changes with Jordan significantly raising the bar after taking over Phil's guitar duties and Rick replacing AJ behind the drums, we changed the band name to “Red Hot Chili Peppers Experience”, simply to better reflect what we do. 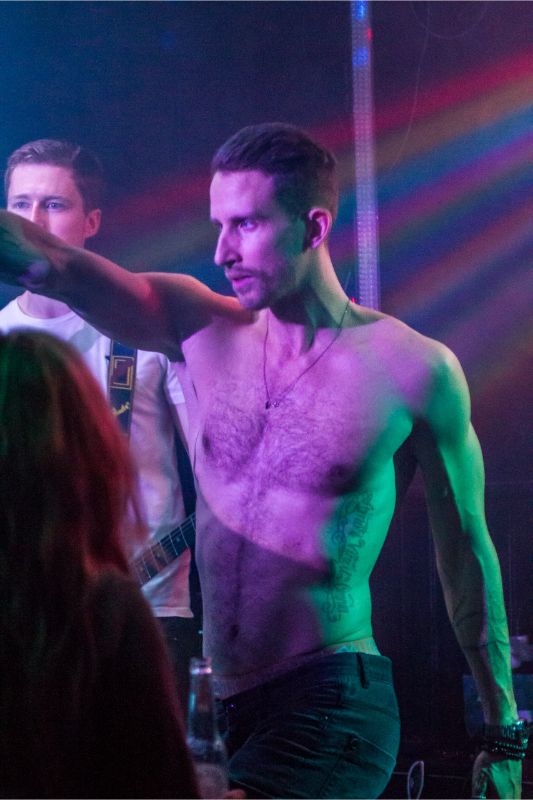 Since joining the band, Matty has grown into a sensational frontman and singer, not just of the Red Hot Chili Peppers Experience, but also of other bands like “The Sinners Lounge” and “Who Stoned Who?”. Matty sounds and looks like Anthony Kiedis, but without the moustache. Rocking out of a little place called Camberley in Surrey is a man of many talents, most of which involve the chance of breaking bones and causing mischief making him a vocalist to be feared and respected!

From motorbikes to freerunning and even a bit of martial arts and pumping iron, there’s not a lot that he won’t try.

Never without a big smile and a passion for whatever he takes on you can expect plenty of energy and quality sound from his voice where he’s most at home, out in front getting the crowd on their feet and feeling the music!

Co-founder of Red Hot Chili Peppers Experience, of Dutch heritage, but now residing in Wallingford, Oxfordshire. He likes very few things more than being on stage, playing one of his beloved bass guitars. Unsurprisingly, he is hugely influenced and inspired by Red Hot Chili Peppers' bassist Flea.

He is often asked to turn down his sound levels, which is a request much more familiar to guitarists.

For more details, see his profile on Equipboard.

Photo by LiveHawk Entertainment for The Wheeltapper in Rugby.
Photo by Gary Osborne of Moonwolf Photography.

Rick hails from Bicester in Oxfordshire. He joined the band in the second half of 2016, replacing original drummer AJ. He has since become our awesome, reliable, rock-solid brother-in-arms, meticulously laying down those brilliant Chad Smith grooves.

Rick is an awesome professional drummer and drum teacher, who can switch to any drum style from Jazz, Reggae, Funk and Rock in a beat.

Rick performs with a number of bands in and around Oxfordshire, such as The Mighty Redox, Phyal, Charms Against the Evil Eye, Torn Like Colours and Fork Boy.

Jordan's origins lie in Shakespeare's Stratford-upon-Avon in Warwickshire. He joined the band very early on, back in September 2015, replacing Phil, taking the band to the next level.

Jordan has an impressive musical background, which is evident with his other project, San Raquel. With his sublime skills, he redefined the band and took everything to the next level, making us all sound so much better and closer to the original.

He not only plays electric and acoustic guitars, but he is also responsible for replicating those famous backing vocals by John Frusciante. 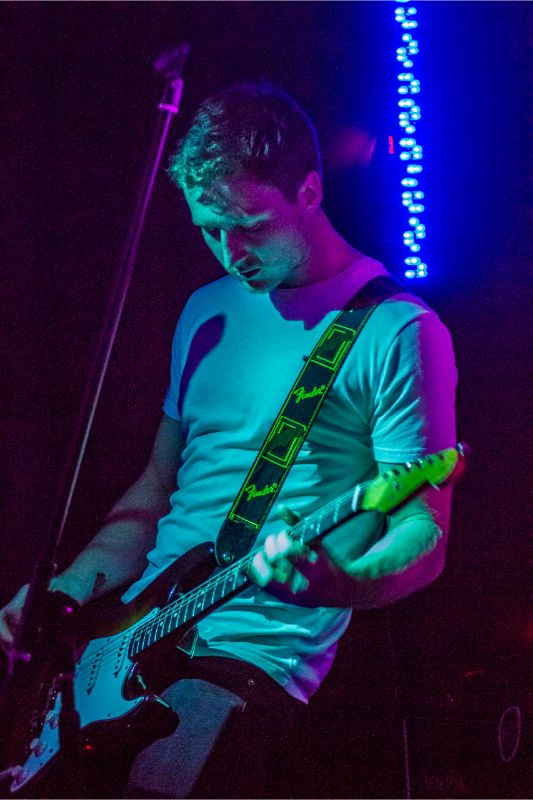 AJ is the original Red Hot Chili Peppers Experience drummer and backing vocalist. Unfortunately he was forced to give up his seat in order to recover from back surgery after a serious snowboarding accident. Rick stepped in for him late 2016. As a luthier, he was the go-to person in the band for repairs to all stringed instruments.

AJ is a multi-instrumentalist, with a striking resemblance of Chad Smith as long as he wears his baseball cap backwards. 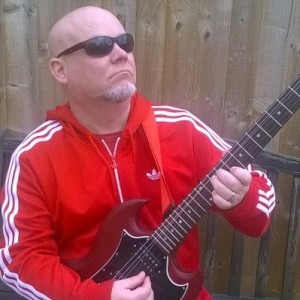 All four current members are musicians who grew up listening to the Red Hot Chili Peppers, and have the ability to deliver the explosive performance that everyone expects from an authentic RHCP show, which were in evidence especially during the following performances:

You can listen on SoundCloud to our professional sound recordings, lovingly made at Woodworm Studios in Barford St. Michael, Oxfordshire and produced by owner and in-house engineer Stuart Jones.